Comparing the Corvette Z06 to its Benchmark: the Ferrari 458

The Corvette Z06 has been called a "supercar killer" and a "Ferrari beater," but is it really all that?
1,673 views0 comments

📷: Corvette With Corvette Z06 orders officially being taken, there was something astonishing that began occurring at various dealerships that sparked a lot of commotion amongst potential customers. Following a warning letter issued by GM North American President Steve Carlisle back in January, it was recently announced that select dealerships were engaging in practices that would reflect very poorly on GM. Those dealerships have been called out on forums, social media, and m
2,122 views0 comments

A New Product, A Podcast Feature, And A Car Show?!

The Product The month of May is bringing several very exciting things to the table. For our Corvette C8 owners and enthusiasts, stay tuned for an upcoming product launch that will benefit you and your car. It is easy to install, like the rest of the Radiator Grille Store/EDM Motorsports product line, is made of carbon fiber and has an OEM look that we all crave. This simple and effective product will definitely be flying off our shelves and onto your C8s. The product reduces
568 views0 comments

Take a look at our video of the installation of the RSC Ducktail Spoiler. I really like the way it came out and it really compliments vehicle! #C8 #Corvette #C8Corvette https://youtu.be/TX_6yHUyeOs
87 views0 comments

First and foremost our thoughts and prayers go out to all who have lost or missing loved ones, and damaged property. Wishing for a speedy recovery during this holiday season for all involved. The Bowling Green News released these aerial shots of C8 Corvettes awaiting delivery. Looks like some may have escaped damage. #bowlinggreen #c8 #corvette
27 views0 comments 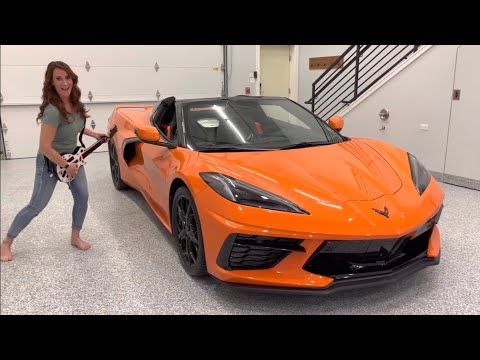 Take a look at our new video of our 2022 Amplify Orange C8 Corvette hardtop convertible. If you were unsure about amplify orange, this video will change your mind! Take a look and subscribe for future content, and future modifications videos, woman installed! #girlpower #corvette #c8corvette #amplifyorange
557 views0 comments 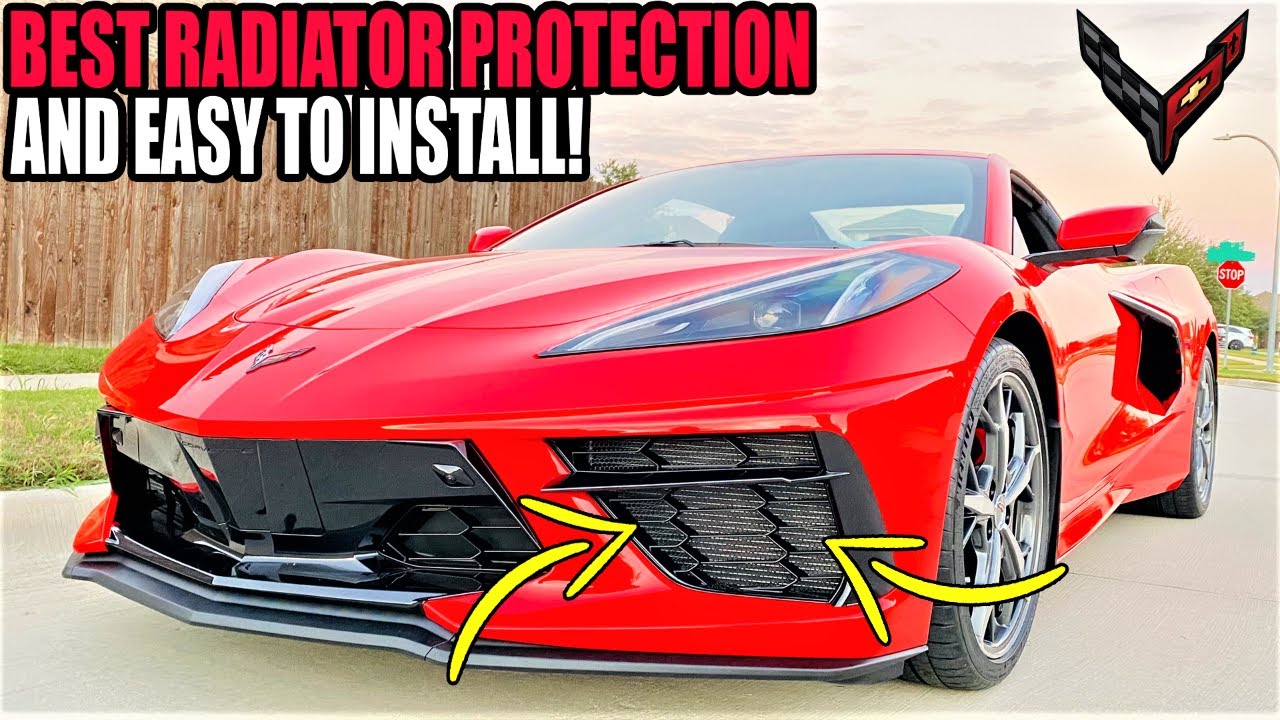 Take a look at Brink of Speed’s installation of the Radiator Grille Store Corvette C8 aluminum hexagon radiator grille screens. Sounds like they love it! Take a look and subscribe at their channel! #corvette #c8corvette
57 views0 comments

We are working with American Hydrocarbon to bring you a full selection of Carbon Flash and Visible Carbon Fiber Front Splitter and side skirt and wing options for your C8!! These are Officially Licensed Products by GM!! Not some knockoffs! Take a look at our new products and offerings! 1VM front splitters which offer a more aggressive and more finished look than the Z51 front splitters without the super aggressive 5VM front winglets. We also have the 5VM side skirts with
671 views0 comments

A customer reached out to us today highlighting what a great product we have and the exact reason why we have created it. The Corvette C8 is very low to the ground and it gets hit with a lot of debris. Check out the photos of this 3-inch piece of steel that hit the radiator grills and got lodged, damaging the radiator grills, but not the condenser behind it. This certainly would’ve caused major damage and potentially thousands of dollars in damage and repairs. Here’s his stor
3,733 views0 comments

Thank you to all who visited us at Corvettes at Carlisle!

Thank you to all who visited us at Corvettes at Carlisle! It was really great running into a couple of existing customers and some new customers as well! It was a great show! Here are some photos of the show down below. Please spread the word if you are happy with our product and service! #corvettesatcarlisle #RGS #Corvette #C8Corvette
400 views0 comments 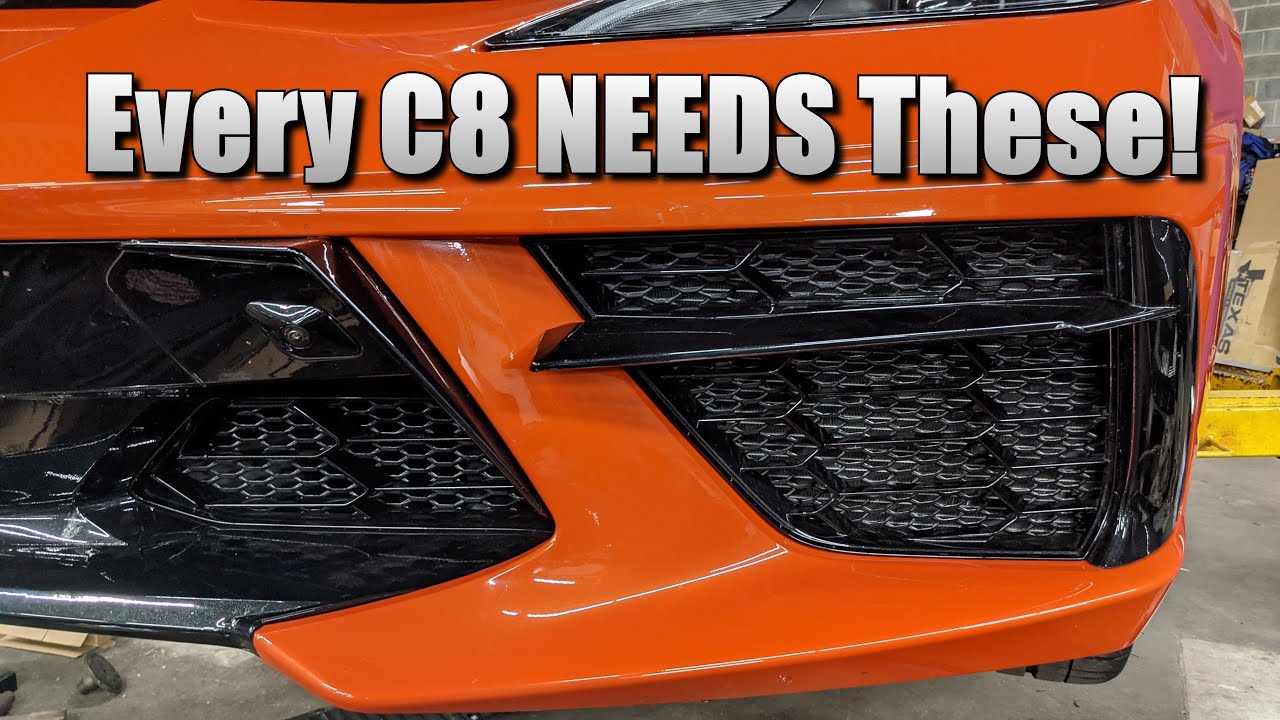 Andrew from Complete Street Performance was sent a set of our grilles to install, review and post up the How-to instructional video. They are a great bunch and great to work with! Here's their video installing the Radiator Grille Store 2020 and up C8 Corvette Radiator Grilles. They did get one thing wrong though, the grille sets are a bit more than $100 at $119 for the starter large opening and up from there for the rest of the pieces. Thanks to #CSP for the kind words an
84 views0 comments 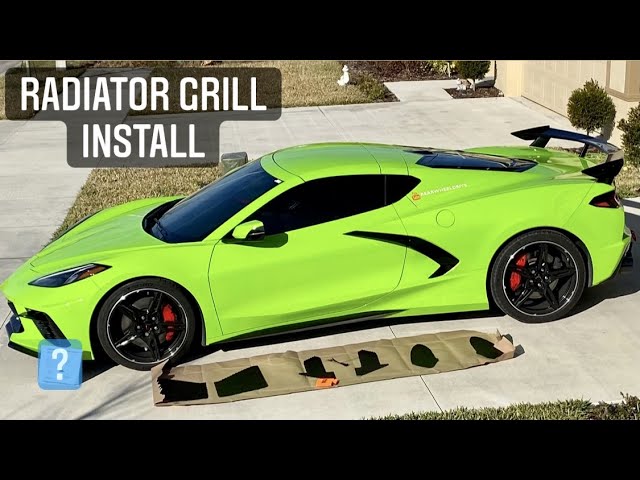 Matt at Rear Wheel Drive YouTube channel received a Full Set of our 2020 - 2021 Chevy Corvette C8 radiator grilles in ABS plastic. Matt made a great video highlighting the installation process. Check out Matt and his channel here, subscribe to his channel for all great content! #C8 #Corvette #RGS
29 views0 comments

C8 Owners are Pissed and Demanding aftermarket Products to Protect their Condensers and Radiators!

This post on the ever popular The Drive highlights the frustration that Porsche owners and in this case, C8 Corvette owners face. The frustration is a blessing and a curse. Our cars are sporty, handle well and are low to the ground. The radiators/condensers are then placed low to the ground as well. Just in the line of fire of anything that is slung, flung or torpedoed off of a tire from the track dweller or street warrior in front of them. Check out the article and chec
68 views0 comments

A valued customer sent us photos of the aftermath of a 2020 C8 Corvette tangling with a minivan. The RGS C8 Corvette Radiator Grilles held up well in the front end collision. The customer is ok and the car will be ok after some buffing LOL! Glad the customer is ok!! #RGS #C8Corvette #Corvette #C8Crash
146 views0 comments

C8 Corvette Side Intake Grilles are back in stock!

For those of you who have been waiting the C8 Corvette side intake grills are back in stock! Install in minutes! We will also be posting up an installation instructional video on YouTube later this evening to help with the install. https://www.youtube.com/watch?v=82eUu--eGB4&feature=youtu.be Thank you so much for your business! #C8 #Corvette
597 views0 comments